We can offer you reliably all services concerning Type Approval in Australia (Canberra). Our distinguished contact with the authority in Australia (Canberra), our good relationship to Australian Communication and Media Authority (ACMA), as well as the qualification in the homologation of consumer and automotive RF-products and Short Range Devices (SRD) in ISM-Frequency band will create your market access in Australia trouble-free and cost-effective.

For Australia we can offer you a short termed tentative offer based upon a submitted Datasheet of the device:
quote@ib-lenhardt.de

Country code according to ISO 3166-3
AUS 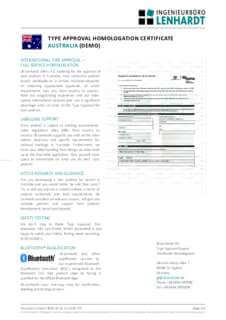 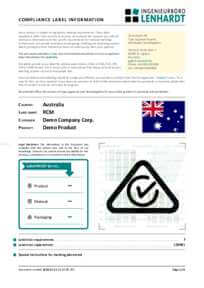 Netzfrequenz
50Hz
Description
The Type I plug has two flat pins in a V-shape as well as a grounding pin. A version of the plug, which only has the two flat pins, exists as well. The Australian plug also works with sockets in China. Australia’s standard plug/socket system is rated 10 amps but a plug/socket configuration rated 15 amps also exists, although the ground pin is wider. A standard 10 amp plug will fit into a 15 amp socket but not the other way around.